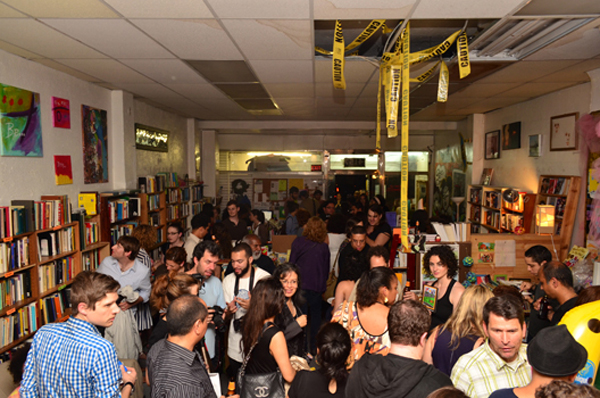 The crowd at Word Up Bookstore during their birthday fundraiser in June. Photo Credit: Issacc Garcia

Word Up is still accepting donations–but isn’t clear where they will go.

The popular Washington Heights community bookstore received notice Tues., July 3rd that their lease would terminate in thirty days, and that they would need to move.

Some of the more creative ideas included a bookmobile, finding event space in local restaurants, bars or churches. More than anything, they want to stay in the Heights.

“There’s enough writers and artists in the neighborhood to accommodate a space like this,” said Liu.

Since its inception, Word Up has evolved into than just a bookstore. It’s become a meeting place, art gallery, theatre space, concert hall and language salon.

The Word Up Books Fundraiser @ Le Chéile In Pictures

Don't Miss The Nostlygia Yard Sale Going on All Weekend