What are some of the things you love about living Uptown?

I love the geography: the hills, the river, and the big sky; I love the architecture, which is ornate but often dilapidated in a way that I find more meaningful and symbolic of the passage of time than what I typically find in the perfectly restored but oddly soulless, gilded neighborhoods downtown. Although it’s been challenging at times to be an openly gay white guy up here, I’ve learned to appreciate what it means to feel like an outsider, which I think has made me a more empathetic person. I feel like I’ve developed a much more sophisticated and nuanced understanding than I used to have of how factors such as ethnicity and nationality and sexual preference/orientation can play (or not play) into a person’s identity; in my experience very little in Washington Heights is “black and white” (in both literal and figurative senses), which is a very different picture than what I tend to read about in your average mainstream media news story about uptown. I think Washington Heights is in many respects at the vanguard of American culture, there’s a tangible energy in the streets, and I love witnessing how this unfolds and shapes people (including myself).

I like capturing the grandeur of the old buildings (and of course the George Washington Bridge), the natural beauty (the parks and the river) and also the light, which often changes dramatically throughout the course of the day.

You seem to wear many hats, what are some of them?

I like to think of myself primarily as a fiction writer, although I also enjoy blogging and photography. I love to garden. I used to play a lot of music, which was fun and a good way to see the country (on tour).

How would you describe yourself as an artist?

I want to write entertaining stories that ideally will also give voice to a range of emotions and experiences (and characters) I think are underrepresented in our society at this juncture.

Tell us about the book. The release date and what it is all about?

I spent close to a decade writing it and my lucky break was landing an amazing agent by way of a blind e-mail query. (So aspiring novelists: don’t give up!) The book is about four characters who are all tied together by way of the opera Tristan and Isolde. Half of the book is set in the 19th century and half is set in the late 20th, leading up to 9/11. It will be published on December 28th by Crown/Random House. Anyone interested in the book can visit the web site at http://www.TheMetropolisCase.com, where there are notes and photographs and (of course) links to preorder.

Is there anything else you would like our audience to know about you or your work?

Just that I’ve lived in Washington Heights for over 12 years now, and there’s no doubt that the neighborhood and the people who live here have made an indelible mark on me as a person and a writer, which is something I’m very grateful for. 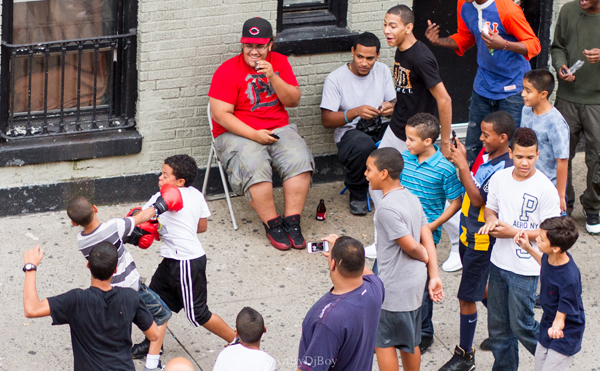