Once spring swings a rise in temperature to signal New York City of the summer to come it seems no big apple district matters as much as the block that raised this writer. A bit of sunshine and a few degrees above Sixty Fahrenheit make certain what to expect from each neighboring street in the stretch of upper Manhattan that’s informally, lovingly labeled as Dyckman.

Elders play dominoes by lampposts for their loose dollars, counting a thousand ways to play a hand of seven dominoes as they sip brown paper bag wrapped Presidentes. On an opposite corner you’ll find 90’s babies and millennials sitting on milk crates to catch up on the current state of the hood as they spark the scent of teen spirit. Community policing stops kids from even the mere thought of crossing the street but commend their imaginations, they create a world of fun between their corner-to-corner limitations. And bless the nurturing mothers who find space between all the liveliness to grill enough grub to nourish every last belly on the block with BBQ loving. In short, sunny skies turn the curbside into a second home.

As the warm winds of the season sweep through the hood—actually, it’s more of a small town chiseled into the tip of the world’s capital—it helps the words that whirl within the head of this local to sway a pen on. The singular traits of this neighborhood have gone unsung for far too long and so it’s necessary to focus a scope on the vibrant residents and brick built expanse that so many know as home.

Our dear Dyckman spans the collective streets of Ellwood, Sickles, Arden, Dungan Place, Thayer, Academy, W 204, W 207, Isham, and W 211, as they exist between the avenues of Hillside, Vermilyea, Sherman, Post, Nagle, and 10th Avenues. It is every building between Broadways wide lanes and our storied Dyckman Housing projects. And though this neighborhood may still be unchartered by government officials, it is kept alive and recognized by generations of residents that refuse to be denied.

Visit the neighborhood. You’ll feel a welcome worth the same warmth as any homecoming. Though this won’t be the piece to elaborate on the influx of well-to-do newcomers accepting astronomically priced two-year leases to reside in the community, their signature is evidence of how Dyckman provides a comfort only comparable to home.
No tourist guide map has a star placed over these streets as a must see destination but we aren’t far from the stonewalled history of the Cloisters. Take a trip Uptown and you’ll find one of the few cultures in New York to thrive well beyond the turn of the second millennium. Come embrace an eclectic blend of people that bloom like wildflowers in the sun of spring and summer, growing from Dominican roots that have spread themselves firm within the concrete for half a century.
Hispaniola’s aura is inescapable! The streets were named for long since departed Dutch settlers and former land owners but the street signs are now identified with a Latino liveliness that will find every one of your senses with a culture imported from the first island Columbus discovered.

Dyckman is the bodegas familiar with the faces of regulars they offer two plantains for a buck to, trusting such loyal locals to add groceries for dinner on a pending tab until they can afford to pay back.

Dyckman is a blend of small business and small hustle. Men set tables curbside to sell tax-free produce or push customized shopping carts stocked with empanadas and freshly squeezed juices through routine routes in hopes that all will be sold at days end. Cash is still king!

Dyckman Express stirs love in its Dominican Stew and seasons its slow spun rotisserie chicken with Caribbean herbs & spices to make any order of arroz con pollo an experience, taking taste buds on a trip with every forkful of tender cooking.

Dyckman is shaken by the 1 train’s rumble as it reveals itself out of the subway’s dark veins onto the exposed platform of Dyckman Street. Sunlight squeezes between brick stacked buildings to shine on that speeding silver shell as it rattles elevated tracks on its way to 207th Street’s station and beyond.

Dyckman’s Summer Basketball Tournament produces nightly roars from at-capacity crowds, cheers that rise with the heat of night over Dyckman Park at a slam-dunk or a body swung by a smooth crossover. Hoop fanatics, both celebrities and citizens, come to witness elite NBA & FIBA players team with the top street ballers in New York for no blood, no foul matchups, all for the love of the game.

Dyckman keeps summer in Manhattan. As the white collars of Wall Street hurry east for the Hamptons, the city’s minorities come in masses to celebrate sunny days in its inviting streets. The fun takes many forms; it can come in sipping cocktails as locally acclaimed DJs spin dembow at bottle service lounges, or one can find it mixed with spirits poured in Styrofoam cups while car stereos blast Spanish Trap on the corner of any given block. The party is everywhere and is open to everyone.

Any map one refers to has the area locals designate as Dyckman represented by Inwood’s label. Now, Inwood is a fine neighborhood but the differences in culture are so distinct on the west of Broadway (Inwood) from life on the east of Broadway (Dyckman) that its clear evidence as to how residents have identified with another title, one that is historically tied to the streets they love so dearly. Though the community’s grip is tightest on the identity that has allowed it to flourish within the most esteemed city on Earth, it still holds firm to the hope that some day it will be officially dubbed as Dyckman. Until then, the neighborhood welcomes anyone willing to learn the culture that it has designed and defined for itself. 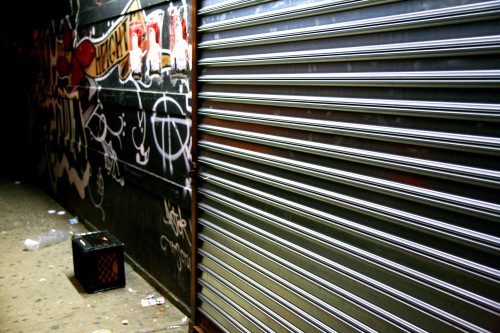 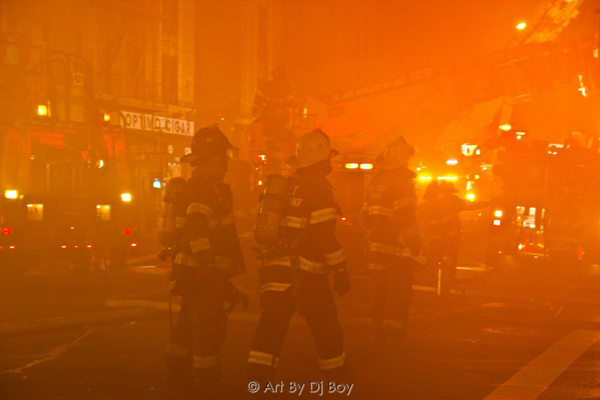 The Uptown Tweet of the Week: The Fire This Time