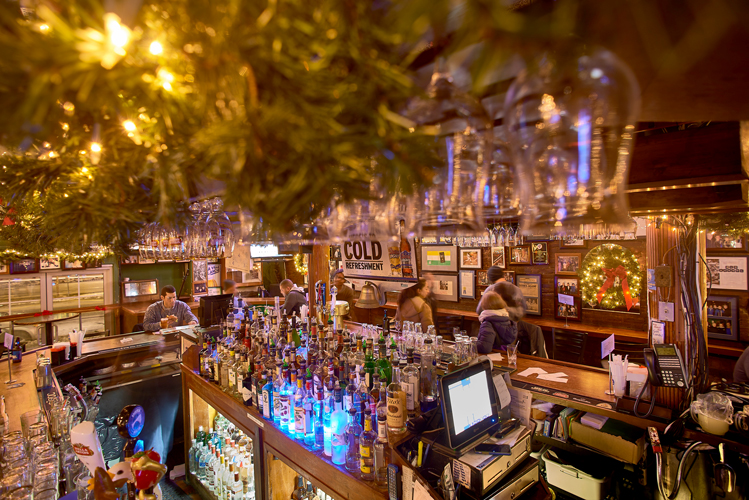 New York-Presbyterian may be world-renowned as a hospital, research center and medical school, but its neighbors in upper Manhattan know it mostly as a bad landlord. When the hospital hit Coogan’s with a devastating rent hike, it trampled the good work done by its own doctors, professors, and hospital workers who made the uptown bar and restaurant a force for community health in Washington Heights.

The hospital has not always been comfortable in northern Manhattan. In the 1970s, the neighborhood around the hospital–then known as Columbia-Presbyterian Medical Center—was plagued by violence and drug abuse. In 1981, John Chase Wood, Jr., a resident surgeon at the medical center, married and an expectant father, was fatally shot in a mugging near 165th Street and Riverside.

Nevertheless, a year later, Columbia’s long-range planning committee decided to keep the medical center in Washington Heights. But the future was far from assured. 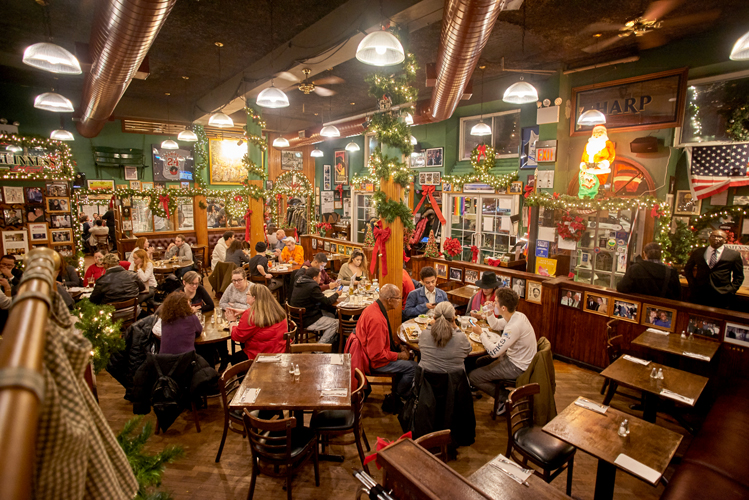 Enter Coogan’s bar and restaurant in 1985, run by its founders Dave Hunt and Peter Walsh, and their less visible partner Tess O’Connor McDade.

Hunt and Walsh set out to create an inclusive bar in a neighborhood divided by race, ethnicity, geography and social class.

They started with the integrated workforce of Columbia-Presbyterian and added police officers heading home to the suburbs. The formula worked, and Coogan’s was on its way to becoming one of the most amiably integrated places in New York City.

At first glance a teaching hospital and a bar would seem to have little in common, but Coogan’s is no ordinary watering hole. In Washington Heights, a neighborhood that has long lacked a central meeting place, Coogan’s became the common ground where African American, Dominican, Jewish, Irish, and LGBT New Yorkers—to scratch the diversity of the crowd—learned to share space and get along. In a neighborhood with a history of ethnic tensions where the violence of the drug trade was only a few blocks away, this was a real achievement. 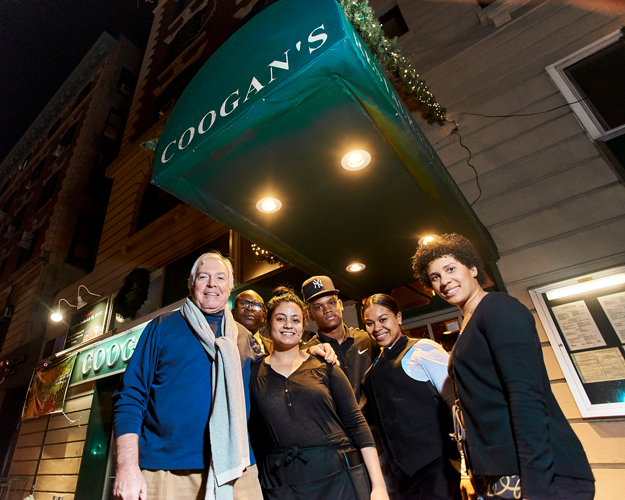 Coogan’s also provided a convenient place to eat for hospital staff and warm hospitality for friends and relatives of people undergoing treatment. When the father of my friend Dave Crenshaw was in the hospital and needed constant attention, Coogan’s let his family run a tab so they could concentrate their energy on visits.

But Coogan’s—thanks to people from the nearby hospital who walked through the front door—produced more than good beer and good vibes. In meetings and conversations, formal and informal, Coogan’s helped the hospital do its work of healing a community wracked by violence, drug abuse, poverty, AIDS and fear.

In 1999, Coogan’s sponsored a five-kilometer footrace, “Salsa, Blues and Shamrocks,” that restored scarred streets to runners, live music and cheering crowds. The New York Road Runners now organize the race, but Coogan’s continues to run a post-race breakfast. Proceeds from the meal support a program in the Dominican Republic, founded by Dr. Stephen Nicholas, a pediatrician at the Mailman School of Public Health at Columbia University, which treats families with AIDS.

In turn, students at the Mailman School of Public Health have used Coogan’s as both a hangout and a place to raise money to support the “Uptown Dreamers Team,” a local sports program that is sponsored by the alumni of P.S. 128—which is right across Broadway from Coogan’s.

The Columbia connection is also visible on the walls of Coogan’s, decorated with Samuel Garcia’s paintings inspired by neighborhood scenes and characters. Born in Puerto Rico, Garcia grew up in Washington Heights and worked at the hospital for more than 15 years, retiring as a buyer. When he gathers with his old friends from the neighborhood at Coogan’s to sing doo-wop the way they did in the Fifties, their multi-ethnic harmonies are the sound of New York—smart, soulful and inclusive.

As the author of Crossing Broadway: Washington Heights and the Promise of New York, it was only natural that I wanted to launch the book with a reading and discussion at Coogan’s. But nothing prepared me for the lesson I took away from the event, thanks to Dr. Mindy Thompson Fullilove, then on the faculty of the Mailman School.

In a penetrating study of violence and fear uptown, Fullilove and her colleagues argued that the people of Washington Heights needed a place to voice their problems and share solutions. They found that in Coogan’s.

When a fire breaks out, she said, some run away from the flames. Others run toward them to rescue people.

The proprietors and staff of Coogan’s, and their friends at New York-Presbyterian, ran toward the flames when it mattered most. The prospect of making more money on uptown real estate should not be permitted to snuff out their good work.

Obituaries for Coogan’s are already being written. But with a fair accounting of all that a bar and a hospital can do together, and enough raised voices, maybe the good work can continue. 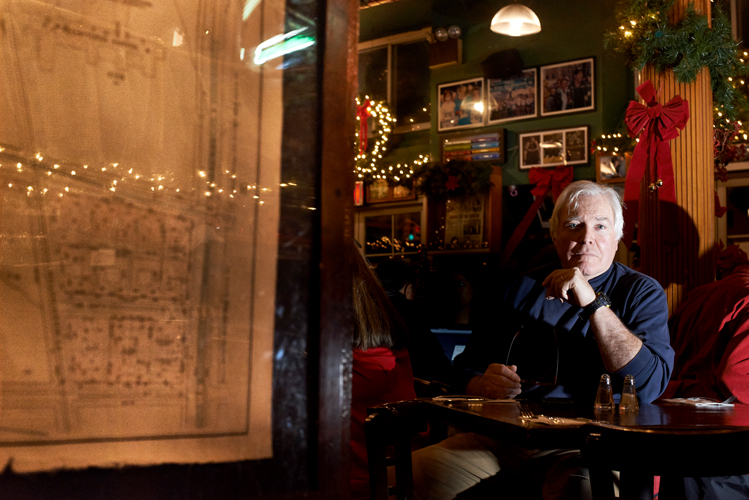 Robert W. Snyder, author of Crossing Broadway: Washington Heights and the Promise of New York (Cornell, 2015) is a professor of Journalism and American Studies at Rutgers University-Newark. He can be reached at rwsnyder@newark.rutgers.edu.