“Theatre is a form of knowledge; it should and can also be a means of transforming society. Theatre can help us build our future, rather than just waiting for it.” — Augusto Boal

Theatre, aka theater, is one of the oldest art forms in mankind’s history; it transcends all time and place. This can be easily seen in the unrelenting hold that Shakespeare’s work has on both theater and literature along with the dozens of hundred-year-old plays that are still being performed and remade today. Even though what has been considered worthy of being called professional theater has shifted through out history, these days it tends to lean toward more capital producing ventures. The reality is that Broadway Theater is an insanely profitable industry that easily grosses hundreds of millions of dollars a year. Basically, if it makes money it gets put on stage, regardless of its artistic relevance.

However, theater has never been relegated solely to the brightly lit stages of the “Great White Way,” aka Theater Row, aka Times Square. It has always been a rebel art form, always pushing the boundaries for by its very nature, theater is subversive. Its purpose is not solely to entertain but also to hold a mirror to humanity and make the audience sit and watch their reality reflected back to them. But in today’s economic downturn, where art seems to fall to the bottom of the priority list, it is nice to know that there are those who think that theater is more than just a cash crop for Broadway producers. It is also an art form that gives those who are often overlooked a platform to stand on.

The People’s Theater Project is a an organization based in Washington Heights, NYC that is dedicated to creating such a platform and to using “theatre to raise the awareness of urgent issues impacting Washington Heights and Inwood and advocate for social justice by empowering local residents of all ages to become artists and activists in their own lives and their community.” Two artists and married couple, Mino Lora and Bob Braswell, founded the theater company in 2008.

Theater is a scarce commodity in Washington Heights and Inwood, in much the same way water is in certain parts of the world. Now I’m not implying that one would not be able to live without theater, just pointing out that theater makes living a whole lot better. Mino and Bob have lovingly been helping to nurture community and artistry in northern Manhattan and in the process fostering a respect for theater in the Heights. People’s Theater Project produce plays that feature first time actors, develops projects that address pressing social issues for the community, and have a playwriting group that creates original work (one of which I am currently a part of.) They run programs that cater to everyone in the neighborhood from the children, to teens, to senior citizens. Boldly embracing the fundamental ideal that theater doesn’t discriminate.

On top of running an award-winning company which received a lot of attention in 2011, from the New York Times, to the New York Daily News, to Manhattan Times, to Univision, to El Diario La Prensa and of course Uptown Collective, among many more. The company has been successful at bringing “The Heights” to a new light in the mass media. Mino and Bob are both artists in their own right. Bob currently plays Pratt on HBO’s “Boardwalk Empire,” plays Johnny Stumbles in “God Don’t Make the Laws” with Paul Sorvino and has trained both in London and the states. Mino has worked as an actress, director, teaching artist, and arts administrator. Earlier this month she was featured on the cover of the Dominican women’s magazine, Mujer Unica, as an up-and-coming Dominican artist living in New York City.

In theater, as in life, it is actions not just words that convey true meaning, stir emotions, and move the plot along. It is easy to sit back and judge, quite easy to just talk about problems and issues plaguing our communities and another animal altogether to do something about those very same problems. If 2011 has been any indication of Mino’s and Bob’s dedication to the arts in Washington Heights and Inwood then 2012 is sure to be a good year. 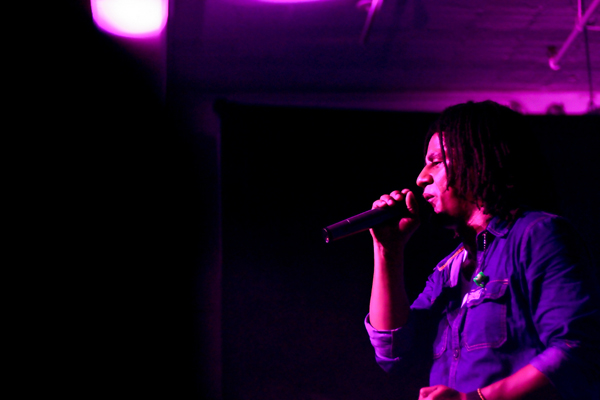 A Toast To Nutcracker Inc.