Local neighborhood “pusher” and UC contributor, Rainey “Skates” Cruz, had the chance to sit down with renowned technology expert and brand-new Washington Heights resident, Daniel Sieberg. Rainey caught up with the busy ABC News Now “Tech This Out!” host to talk about his latest endeavor, a new book called The Digital Diet. Check out what Mr. Sieberg had to say about it, the role of technology in our lives and the perks of living Uptown.

Q. Hey Daniel. For those of us that don’t know, can you explain to our readers what exactly The Digital Diet is?

A. The Digital Diet is partly a self-help book and partly a personal narrative about my own experience. It started with me discovering that I was too caught up in technology. My family noticed it, my friends noticed it, my wife noticed it and they stopped just short of a “digital” intervention. It just became a problem for me. In the work place, at home, when I was on the go, it was just too much! And I thought that maybe everybody, at some level, felt something like this. My hope is that this book is something that raises awareness and gets people talking and thinking about their own situation.

Q. So it isn’t necessarily just a regiment like most “diet” books? There’s more to it right?

A. Well, within the book there is a 28-day plan that people can follow if they want to. It starts with a detox, which is a technology-free experiment for about a day or two. That alone can be very revealing for most people. Then the rest of the plan is about integrating it back into your life slowly. And there are tips and exercises, but it doesn’t have to be followed like a regiment.

Q. Interesting. It kind of seems like a very Zen approach to understanding the use of technology.

A. There are actually a lot of Zen aspects to it. It’s about making peace with technology. I think that so many people get frustrated and perceive their devices and services as the enemy. As a result they get turned off to the idea of it all, which I think is kind of sad because technology can be a wonderful thing, and when used the right way, can enhance people’s lives. As somebody that’s been covering technology for such a long time, it makes me sad when I see so many people getting overwhelmed. It makes me think that if they had some sort of plan maybe they wouldn’t feel so bad.

Q. Can you talk a little bit about the book writing process. How long did The Digital Diet take from conception to the actual release?

A. The book started as a personal experiment when I tried to quit social networks for an entire year. I wrote an article about the process for The Huffington Post back in January of 2010. That got me thinking about something bigger like a book or magazine piece. I worked with an editor at Crown that helped me structure it and then went on the Dr. Oz show to talk about the idea of a digital diet and actually helped a woman try it over the course of one month. So it evolved over time. Then I conducted dozens of interviews with people, both professional and personal. I spoke with psychologists, neurologists, technologists, analysts and family. I wound up finding out about this movement called Positive Computing, which is all about how you look at technology and how it makes you feel in your day-to-day life. I spoke to a lot of those folks. And it basically took a year. Because it was about researching and finding all that information then weaving it into my own personal narrative about my life.

Q. We found out that you’re actually a new resident in the Uptown community. Can you tell us a bit out that?

A. Yeah, we moved here in September of 2010. We really hadn’t heard anything about Washington Heights before then. My wife’s mother is a teaching consultant who has worked in the neighborhood quite a bit. She recommended that we look into it because she thought that there were some great places for great prices. So we ended up coming up probably every weekend for about a month to check out the whole neighborhood and what it had to offer. And here we are! It’s a wonderful alternative to the hustle and bustle of living further downtown. It sort of feels like the suburbs of Manhattan. It’s a little quieter; it’s a little slower paced. You can actually maneuver a stroller outside without running into people! Fort Tryon Park is like this undiscovered jewel in the city that most people don’t know about. The air seems fresher. The people just generally seem more vibrant; it’s a wonderful mix of ethnicities and cultures. It’s a great place to raise kids, because there are families everywhere! That was a big part of the reason for us moving up here.

Q. What do you like most about living here?

A. The relative tranquility of the neighborhood is great. It can be so overwhelming to be in the city all the time and it gets to you, but being here feels like we’re a little bit removed but not too far away. It’s like a little oasis, a getaway. Sure it takes a little bit longer to get to places, but the whole neighborhood feels like it’s growing and becoming much more active and connected.

Q. Being that you’re such a versed and well-traveled technology expert, how would you assess the tech savvy level of Washington Heights? Do you see a lot of electronic stores, shops, etc?

A. I certainly see a lot people on their smart phones. Some on their e-book readers or their iPads. However, there aren’t any big stores like a Best Buy or anything.

Q. We know that there’s a new top-tier AT&T store opening up in the neighborhood soon. Is that something that you think that’ll affect the tech “savvy-ness” of the neighborhood?

A. Well, technology isn’t cheap. It can be expensive for a lot of folk and not something that everyone can afford, but still people find a place for it in their lives. The Digital Diet isn’t meant to marginalize how important it is for people to get connected and I think that something like this store can only be a good thing. If people are online and have devices why should they have to travel outside of the neighborhood to get the technology that they need or want? It just makes sense.

Q. What’s next for Daniel Sieberg?

A. I hope that the book is well received. And if it is I hope to create a Part Two to The Digital Diet and maybe introduce it to businesses or to families. My hope is that companies embrace it. I would love to setup retreats or work with businesses to do something like that–create a place where people can vent about their frustrations with technology, what it does to their lives and ways to improve that. I think that this whole movement is bubbling right now. It’s sort of reached the tipping point.

Q. Considering your work with ABC’s Tech This Out! and it’s mainstream appeal, we were wondering if you’d ever consider doing something for TV about technology that isn’t so serious?

A. Sure! One of my favorite shows is Attack Of The Show on G4TV. They take a very humorous approach to covering technology. It’s a very out-of-the-box, goofy look at technology, but it’s also very apparent that they know what they’re talking about! There are a lot of ways to cover technology and humor is definitely one of them. Besides, you can’t always take yourself so seriously. At the end of the day it’s all just stuff. Whether it makes our lives better or worse it’s just stuff.

Q. What’s the latest piece of technology that you’ve actually invested in?

A. The Verizon HTC Thunderbolt. No complaints except for the phone’s extremely short battery-life!

A big thank you to Daniel for the interview. Make sure you grab a copy of The Digital Diet, available now in book form and e-book format for non-dieters! 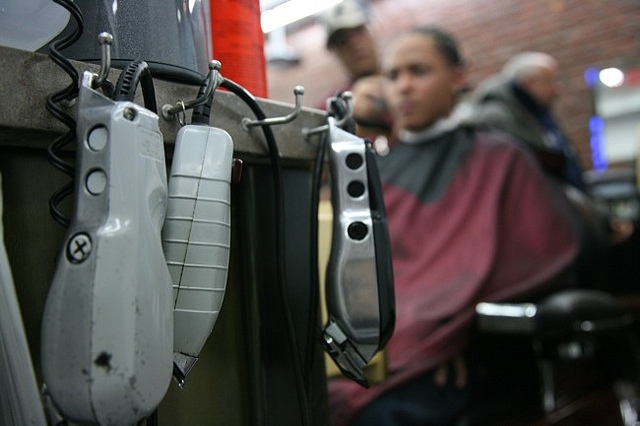 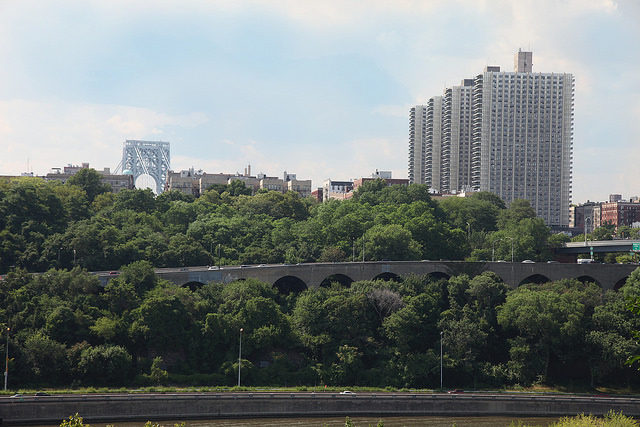 The Uptown Tweet of the Week: Only in Washington Heights…