MY HIKE THE HEIGHTS ADVENTURE

Things started off perfect. We stopped by mom’s house for a powerful pre-hike meal of mangu, eggs and salchichon. We then headed straight to Fort Tryon Park for the first leg of the hike, which was a hike/fitness walk, led by instructor Nancy Bruning. So far, so good – then we headed to Swindler’s Cove. Swindler’s Cove (Dyckman & Harlem River Drive) is absolutely beautiful, very different then what it looked like when I was growing up. From there, we took the nature trail that would eventually lead to, in theory, to the Sunken Playground on 167th street and Edgecombe Ave. What actually happened was that, in our haste, my small group ended up getting totally lost. Instead of initially trying to go back and retrace our steps, we doubled down on our foolishness and wound up in a construction site that had a post-apocalyptic feel. After further meandering, we had to retrace our steps anyway. In total, I think we added another 2 hours to the hike. We eventually made it to the Sunken Playground, where a serious, community friendly party was going down and we had a blast. The End. 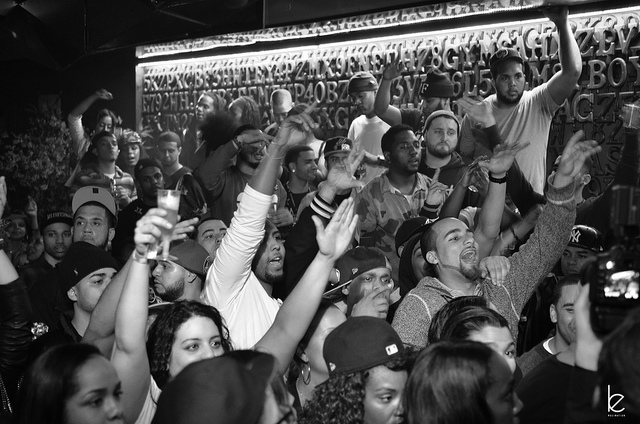