The Moth. Known for stories that hit listeners right in the heart, often by way of the solar plexus, the tales told live stay with listeners for a long time after.

That was the case this summer, when Northern Manhattan Arts Alliance (NoMAA) produced a show in conjunction with The Moth. The show, held at the United Palace, featured local artists and other notables—Bronx comedian and storyteller Edgar Ruiz, Jr., Washington Heights performer and youth advocate Esdras Santana, and a couple of creatives from In The Heights, Lin-Manuel Miranda and co-creator Quiara Alegría Hudes. The show closed with Led Black, founder and editor of The Uptown Collective. His story, After the Plague Came the Renaissance, is about love, family and a moment of grace that transforms a life.

That story is featured on The Moth Radio Hour on the Live from the United Place episode, published Nov. 16.

Host C. J. Hunt said The Moth is about the craft of storytelling. The team at The Moth helps performers cull and shape their ideas, the way an artist carves a statue from a block of stone. They listen to their stories, help hone them, and shape it into something that goes ka-pow. “It’s a gift to have people look at your art and go, ‘There you are,” said Hunt. “That is what they do. We come to them with these stories and they go, ‘That’s it. It’s about that moment.”

The process is not unlike therapy.

Originally Black’s story was about his father, but it quickly evolved into something deeper and more transformative. Black talks about his childhood, growing up east of Broadway on Wadsworth and 191st Street and the first time he found out he was poor. His girlfriend, and future wife, Eileen, grew up on Bennett Avenue. For the benefit of people who don’t know the neighborhood, Black said that’s “more like the Upper West Side, way more affluent. No shame, but you can’t claim Washington Heights if you’re from Bennett,” he says. 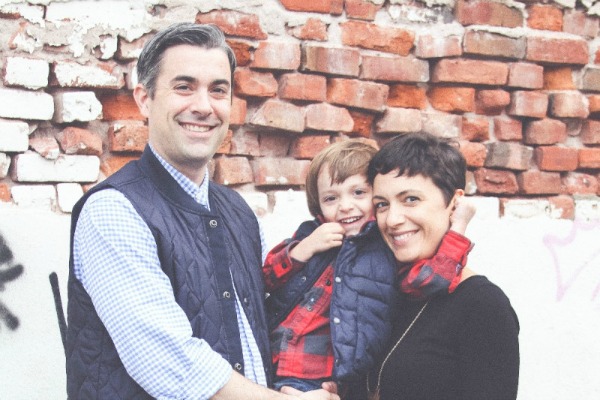 The Elixir: Give Instead of Get This Black Friday – Christina’s Cancer Cure Fund