There is something happening in the Dominican Republic.

What IT is? No one is certain for sure. The one thing you should know is that, first of all, it isn’t going to abate anytime soon. It is not going to die down. Some would argue that if the demands of the people are not met, the situation might worsen dramatically.

There is a profound discontent in the Dominican Republic that the national elections earlier this year did not, and could not, ameliorate. In fact, it exacerbated the problem because the issue is bigger than any one party. It is endemic.

The system is broken.

It simply does not function for the majority of people in the country. Far too little people profit far too grotesquely from the wealth of the nation. While the masses are struggling, scrambling for every penny and eking out a meager existence, vile parasites at the very top live like landed gentry. 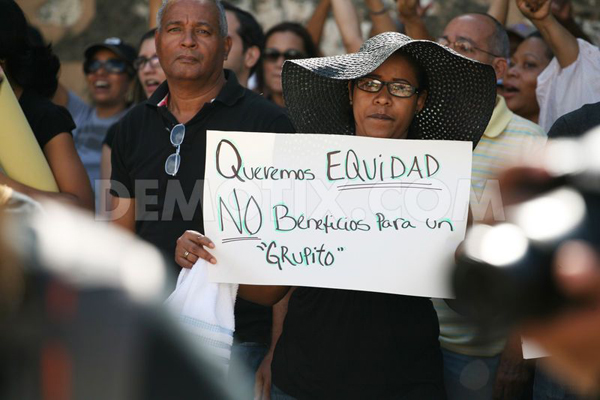 According to the 2011 Corruption index from Transparency International, the Dominican Republic is ranked an abysmal 129th. We are more corrupt and less transparent than Iran, Bangladesh and Kazakhstan (That is the country where the fictional character Borat is from).

To add insult to injury, the Dominican government recently approved a fiscal reform package on Saturday that raises the national sales tax from 16 to 18 percent. The brunt of the new taxes that will also be imposed on liquor, cigarettes, fuel and just about everything else will be felt disproportionately by the middle class and the poor. All the while, the new measures fail to address the runaway spending that government functionaries despicably indulge in. Many in the country, and outside of it, believe that government funds were used to secure another term in office for the ruling party.

Things have to change. The status quo is no longer acceptable.

Welcome ladies and gentleman to the Dominican Spring. 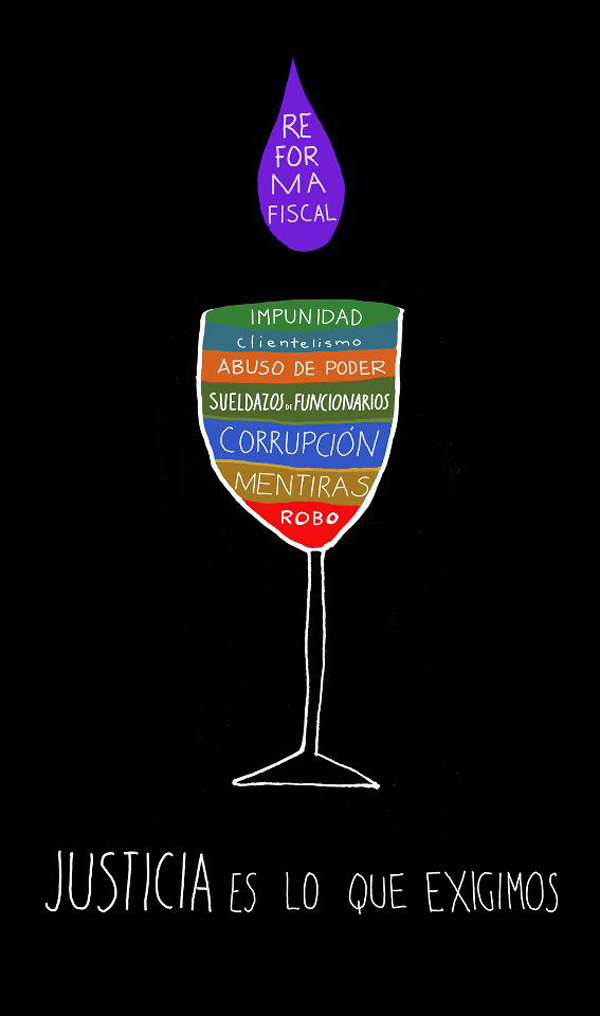 Democracy takes time. Like 50 years. In 1962, after the tyrant Rafael Trujillo was assassinated in 1961, Juan Bosch was elected president. Real Democracy was born in the Dominican Republic. But what we didn’t know at the time was that Democracy is also fickle, fragile and fleeting.

Within a year, Juan Bosch was deposed in a United States backed military coup. In 1965, the US intervened decisively on behalf of the Dominican military when it appeared that the constitutionalist forces who wanted to reinstate the legally elected president, Juan Bosch, were about to win the civil war. In 1966, the US basically installed one of the brains behind the Trujillo Dictatorship, Joaquin Balaguer. Once in power, Balaguer with a CIA provided hit list, ruthlessly and systemically eradicated the opposition. Through coercion and cronyism, Balaguer was able to maintain a tight grip on power for the better part of 30 years. 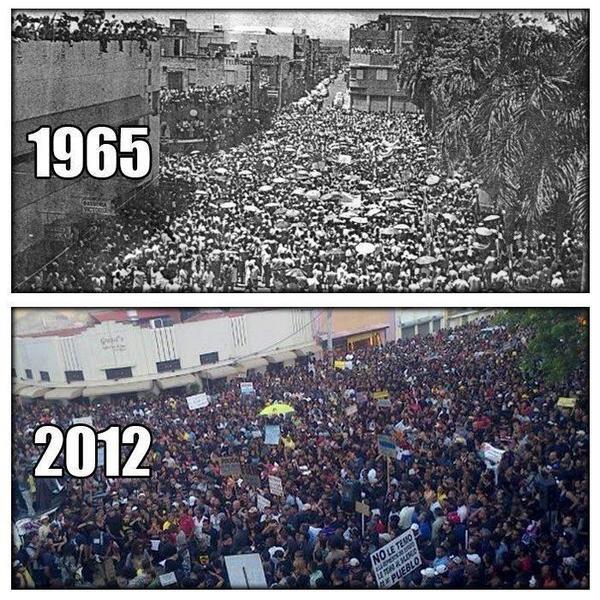 That is where Leonel Fernández comes in. In 1996, Leonel won his first term as President. After a 4-year hiatus, he returned to power for another 8 years. In the election earlier this year, Leonel’s protégé, Danilo Medina, with Leonel’s wife as vice-president, became the President but many people insist that Leonel is still the de facto ruler of the Dominican Republic. That does not feel like real democracy. No, more like business as usual. It would appear that we went from Trujillo, to Balaguer and then to Leonel with Democracy sacrificed to the wants and whims of the greedy and unscrupulous.

Related: Signs of the Times: No Ala Reforma Protest NYC

Click here for more images of the protests in the Dominican Republic.