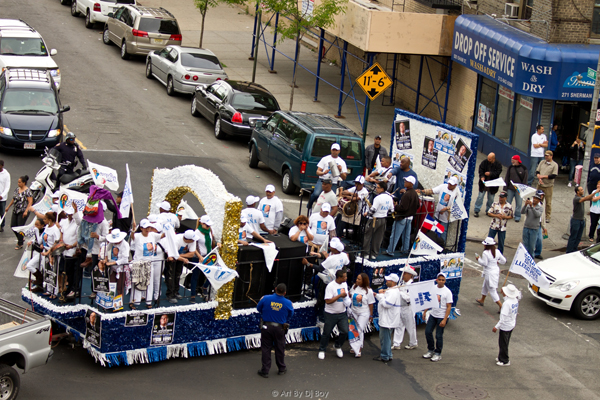 You could hear the merengue music blaring from miles away.

The float carrying candidate Hipolito Mejia of the PRD party made its way slowly and loudly through the streets that were filled with people dressed in the party’s customary color: white.

The same scenario is happening not too far way, except it is for the ruling political party, the PLD that has Danilo Medina as its candidate. Here the merengue is also played at full blast, but the participants wear purple instead of white.

Being that the Dominican presidential election is on May 20, it is understandable that both parties are pulling out all the stops in order to eke out a win in what looks to be a very close race.

According to Franklin Garcia, the president and founder of the D.C. Latino Caucus, “the total number of Dominicans registered to vote overseas stands at 5 percent of the total voting population of 6.5 million.”

The Bago Bunch Mixer As Seen By Ruben Henriquez

BATTLE BREWING BETWEEN COLUMBIA U AND INWOOD RESIDENTS