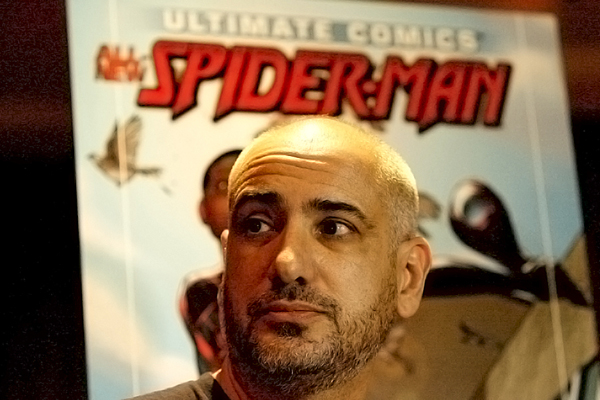 Did you know that your friendly neighborhood superhero Peter Parker was killed last year? And no I am not trying to make a cheap joke about the Broadway play. No, the web-slinger that has been around since 1962 is no longer with us. Well, sort of. The Peter Parker of the “Ultimate” series of Marvel comics, which exists in a parallel universe and made it’s debut in the year 2000, met his demise after a heroic face-off with the Green Goblin.

Not too worry though, soon after a phoenix rose from the ashes named Miles Morales. The half-black, half-latino new Spidey is very similar to his predecessor; he is a super smart teenager bit by a radioactive spider trying to come to grips with his newfound powers. This is classic Marvel updated for a new generation. While Miles Morales has been widely accepted, some in the far right have been screaming bloody murder. The pathetic provocateur, Glenn Beck, even had the temerity to insinuate that Michelle Obama was behind the changing of the guard.

Recently, Marvel’s Editor-in-Chief, Axel Alonso, sat down with us and talked about comics, change and the first lady. 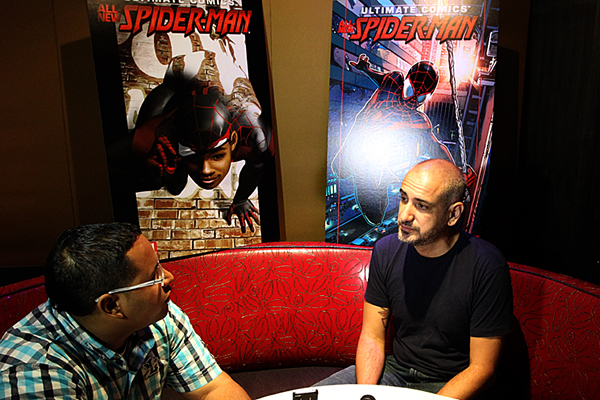 Q: So the question I have is….how did that call with Michelle Obama go?

A: (Laughs) I wish I were on Michelle Obama’s speed dial. Contrary to what Glenn Beck reported, I have never had a conversation with anybody in the White House.

Q: So none of her people called you and made you do this?

A: No but my number is, if she wants to call me… No but we’re really sort of above politics at the end of the day. We’re not in the business of selling politics, we’re in the business of selling entertainment and at the end of the day, Marvel always functions best when a character reflects the world and its diversity. Yes this was a risk but it was a risk to find an audience, a larger audience and a new audience. That’s why we did it. 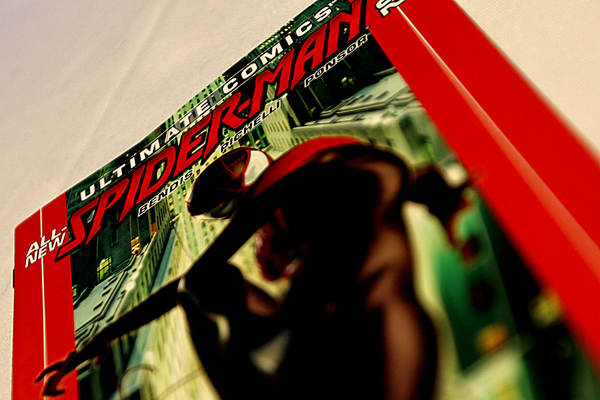 Q: So now you’re a few months in, how do you feel now as opposed to when Miles Morales was first introduced?

A: Well, I feel a sense of relief no doubt because you know what we have here is an audience that has embraced it so we haven’t watched sales taper off. It’s very heartening for me for instance to see a number of the fans of Peter Parker who said that they weren’t down with this and are in fact down with this and get it and like it and are there to watch his journey and that of course is the credit of the writer and artist who hits home runs issue after issue. 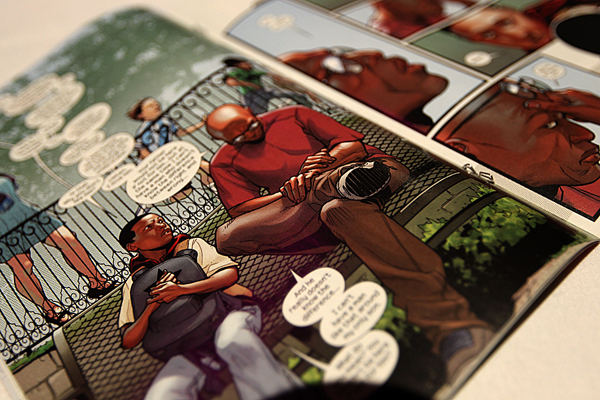 A: I was just goofing. It’s one of those things that I can see happening but I have no knowledge of anything of that nature. For me it’s just natural that somewhere down the road you’re going to see this guy on the silver screen. It just seems right. It’s inevitable. 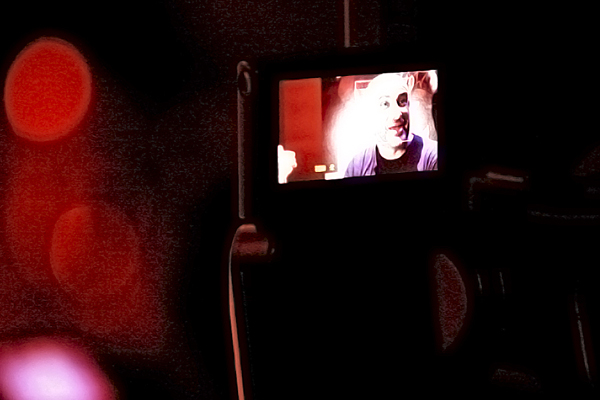 Q: Were you a huge comic book fan growing up?

A: Yes, well my story is different. I grew up addicted to comic books and then I discovered girls and basketball and I quit them. I didn’t want to be a nerd, although I was a nerd. I didn’t want to be noticed as one and I rediscovered them in college. And when I was in college it had to be the time when a lot of people were bringing very bold ideas to comics and making them a more sophisticated read. What pretty much happened with me was that I rediscovered them at that age and I’ve been with them ever since. I had a dream of working in comics. I loved working with comics. It was a dream. I worked in journalism, I worked in magazines editing and writing. I saw an ad in the Times and I interviewed and the rest is history. 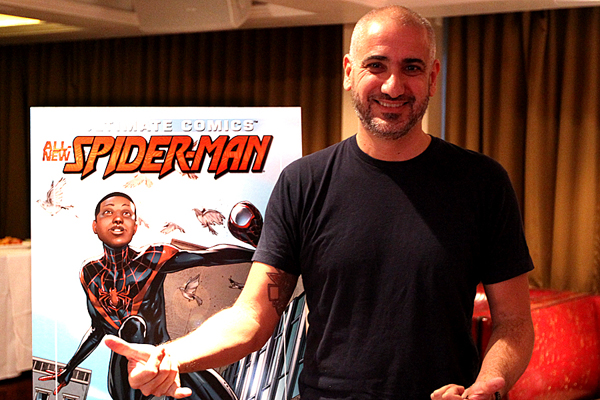 Q: So how does it feel to have that love for it and now be the Editor-In-Chief of Marvel?

A: Well it’s great because you know it was 11 years ago when I got the call from Marvel’s president who at the time was Bill Jemas and he said, “How would you like to work for Marvel?” And my response was “Well, I’m really not that interested. I haven’t read Spiderman since I was 11”. And he said, “read up, young man”. He sent me some comics and I read them. Bill’s philosophy was that he wanted editors that would come in and think about the characters as characters who had appeal beyond the deep continuity that the fans had come to expect. Marvel was a very different company at the time. It was very vulnerable. I went not even sure that I’d have a job for a long time but obviously Marvel is healthier than ever. We’re party of the Disney family and we’re moving into the digital age now and I think that comics are as vital and exciting as they’ve ever been.

Q: What are your duties as the EIC at Marvel Comics?

A: Well basically I preside over a talented editorial staff. I am much more involved in the backroom planning. I’m at the big meetings like in the meetings where we decide on something like Miles Morales. I’m really at this point not involved in the minutia, individual stories and I actually miss doing that as a former line editor. So frequently I’m involved in decisions on how we’ll bolster a line, change that may come for instance in the X-Men line and what could we do to invigorate the title. What kind of story can we tell that links them all together? What characters are more deserving of more recognition and how can we do that? It’s really like looking at our catalog of characters, what you call our intellectual properties, and figuring out a way to maximize on it and make it as exciting to people as possible.

Q: Last question, who is your favorite all time favorite Marvel superhero?

A: It’s a tough call. I like a lot of characters. It’s almost impossible to answer but if I’m forced to pick a character, I might have to go with Shang-Chi, Master of Kung Fu because he is Bruce Lee and he doesn’t have any super power. He just beats you up with his hands and feet. I also like the Black Panther. I like Lou Cage. I like the Incredible Hulk. Of course I like Spiderman but I always responded maybe a little bit more to the idiosyncratic characters, the ones rooted in genre. Lou Cage is rooted in blaxploitation films, Shang-Chi in Kung-Fu films. I tend to like the outsiders a little bit more. 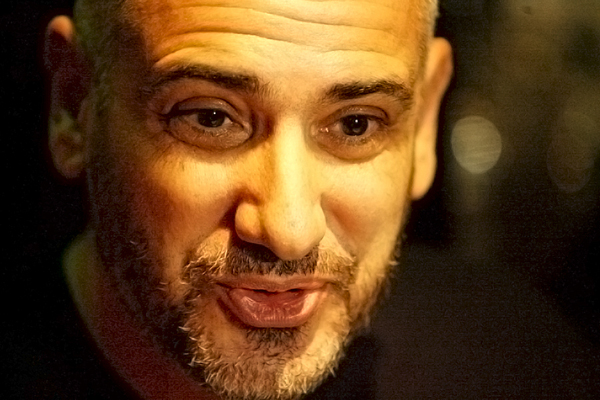 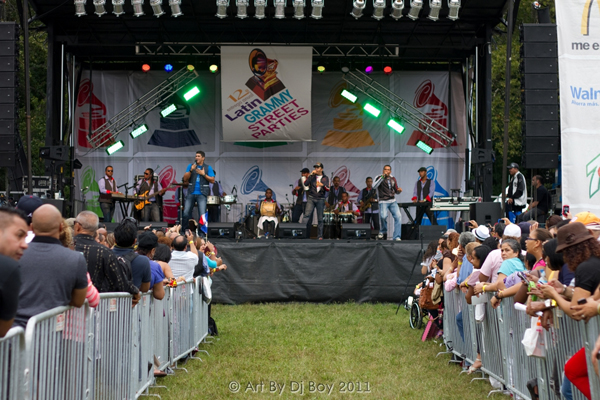