Streetball is alive and doing well at the Dyckman Summer league held at Monsignor Kett Playground on 204th St. & Nagle Ave. The Dyckman Tournament is celebrating its 20 year anniversary and has become one of the premiere streetball leagues in the entire city. Everyone from World Champion, Ron Artest of the Los Angeles Lakers, to notable college stars such as Kemba Walker, have played there. I had the pleasure of attending a game there last night and boy – it was a doozie. The last game of the night was between the Dominican Power All-Stars and the Body Snatchers. Dominican Power was winning the entire game until the Body Snatchers point guard David Blaine – The Magician started raining 3 pointers. The Body Snatchers ended up winning the game with only seconds on the clock, the crowd went crazy. This is streetball at its finest, the announcer snapping on the players and giving them funny names, the Hip-Hop music pumping, the crowd and players interacting and going at each other. This Wednesday, July 28th at 7PM, Basketball legend, Clyde “The Glide” Frazier will be in attendance, signing autographs. 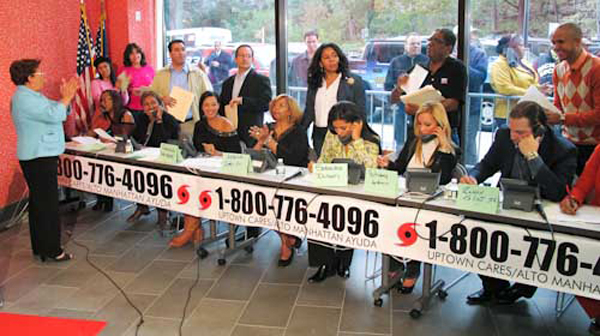