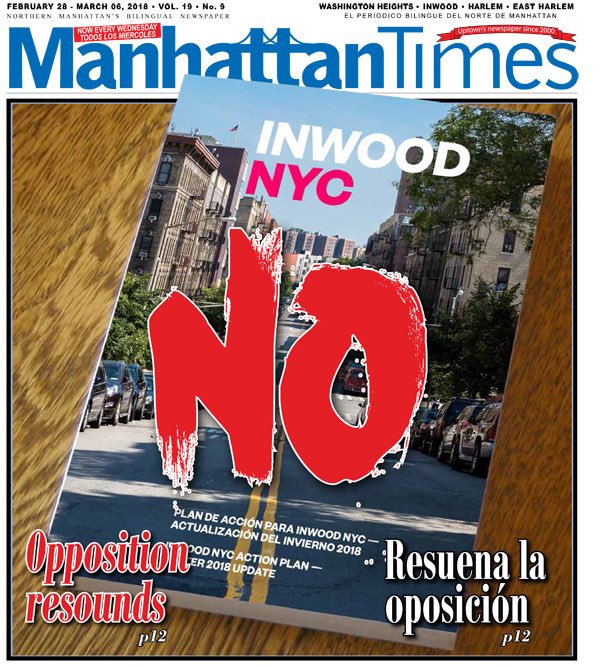 That was the message Community Board 12 (CB12) heard over and over at Thursday evening’s public hearing on the city’s proposal to rezone Inwood.

A standing room only crowd filled the auditorium at I.S. 52 on Academy Street on February 22. Police were on hand, and eventually limited access because more people wanted in than the fire code would permit.

Not all of the 150 people who signed up to speak got the opportunity before the night was over. But nearly all who did used their two minutes to urge CB12 to vote ‘no.’

While some residents were raucous and emotional, others struck a more analytical tone in their assessment of the rezoning proposals. But the general consensus was Inwood does not want the approach presented by the New York City Economic Development Corporation (NYCEDC). Residents pleaded their library not be demolished, argued that 14- and 23-story buildings would ruin the neighborhood’s character and available sunlight, and insisted rezoning in general will increase gentrification and raise rents for businesses and tenants at an unsustainable pace.

Rebecca Gafvert of NYCEDC said during the past two years the agency has responded to residents’ concerns. “This is not an off-the-shelf zoning proposal,” she said. “It is highly tailored to the conditions that we’ve seen in this neighborhood and everything we’ve heard from the community.”

But most strongly disagreed.

In recent days, a neighborhood group, Uptown United, put together its own proposal. In stark contrast to the city’s version, the alternative proposal seeks to preserve the existing housing stock and create more, lower priced and affordable housing. 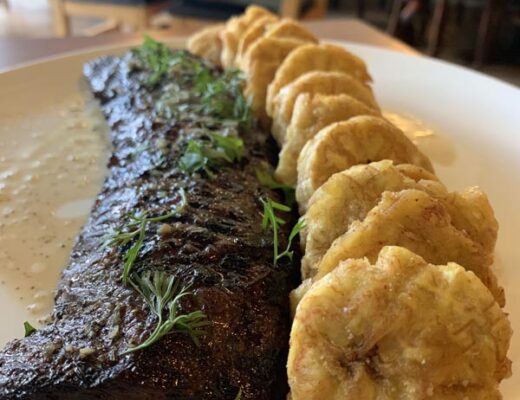 Uptown Attempts to Beat the Heat