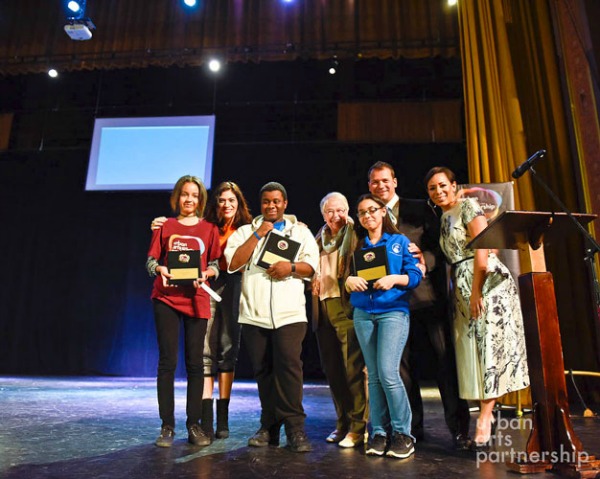 “The festival is our culminating event,” explained Perou.

On Fri., May 13th, public school students from District 6 and the Urban Arts Partnership will descend upon United Palace for the Annual Urban Arts Festival.

For the 12th consecutive year, the Urban Arts Festival will serve as a showcase event to celebrate the positive impact of the arts within schools and to display talents of local students.

This year’s theme is “Pack the Palace,” as the festival will attempt to fill every one of the historic theater’s 3,400 seats.

The event is run by Urban Arts Partnership, which sponsors arts-based education programs designed to close the achievement gap in public schools.

“The festival is our culminating event, which brings together the larger community to celebrate the academic and artistic achievements of Urban Arts Partnership students from around the city,” explained Katrena Perou, Chief Programming Officer.

All District 6 schools are either appearing on stage or bringing members from their school community to partake in the event, said Perou.

There will also be performances from students involved in Urban Arts Partnership programming, as well as United Palace of Cultural Arts, Alvin Ailey American Dance Theater and Creative Art Works.

On Being: Junot Díaz Speaks About Radical Hope