How often do things stay the same and how often do they really change? Visiting two great shows: The Great Migration and Presente! The Young Lords in New York, I am reminded that many, if not all, of the social issues these two exhibits reflect have changed little decades later. Today, on the heels of Michael Brown´s anniversary, it is hard to be optimistic.

One-Way Ticket (1941) is a series of 60 panels by artist Jacob Lawrence that showcase images of the African-American experience leaving the mostly rural south for the mostly urban north. The imagery is very modern with powerful lines and geometric shapes accompanied by very somber colors. There is a clear influence of Picasso, Matisse and Mondrian. But it also has a very personal and intimate look and feel with many metaphors. MoMA´s online tour does a great job in offering a historic context to what is known as the Great Migration. I was fascinated to learn that Lawrence, son of southern migrants, had not yet visited the south when he painted this series at the tender age of 23.

Decades later, in the late 1960´s, the Young Lords reflected a similar reality for Puerto Ricans in New York City. What began as a movement to pick-up uncollected trash in El Barrio and take-over of Lincoln Hospital in the South Bronx evolved into a political movement towards gender equality and Puerto Rican independence.

Although both exhibits offer background information, the Young Lords show with its three locations (El Museo del Barrio, Bronx Museum of Art and Loisaida Inc.,) provides a deeper look at the movement. However, at the root of both exhibits are the issues any household is concerned about: employment, health, education, food and housing. These themes come up sometimes subtly and often bluntly in photographs, posters, and other visuals.

It made me think of my former landlady, Mrs. Jefferson who moved from North Carolina to Brooklyn some thirty years ago. I would love to hear her oral history, her migration to New York. Just as many Irish Catholics had a photograph of President Kennedy in their living room, she had one of Obama. I can still remember crying tears of joy. Probably for the first time in my life, I felt truly proud to be an American. We had voted an African-American into the White House.

How will these issues that continue to plague our communities play out in the next election? Will our next president be the first woman or another member of a political dynasty? My hope is that we keep moving forward although history has proven that for every step forward, we often take two steps back. 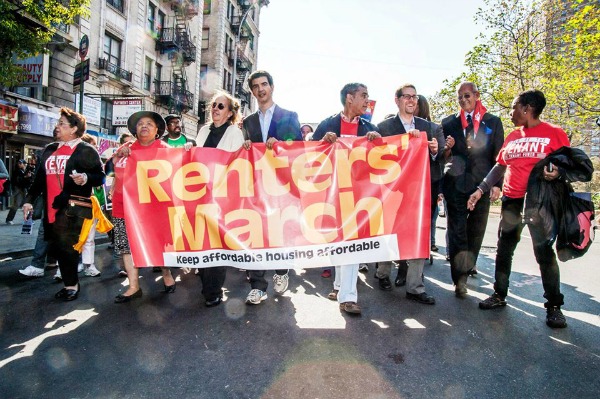 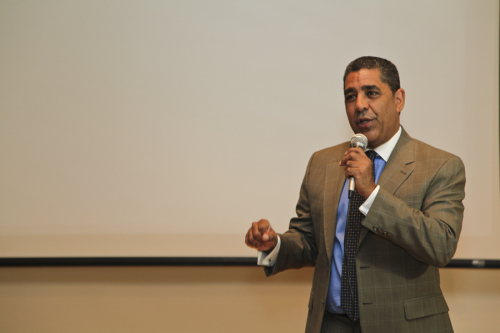