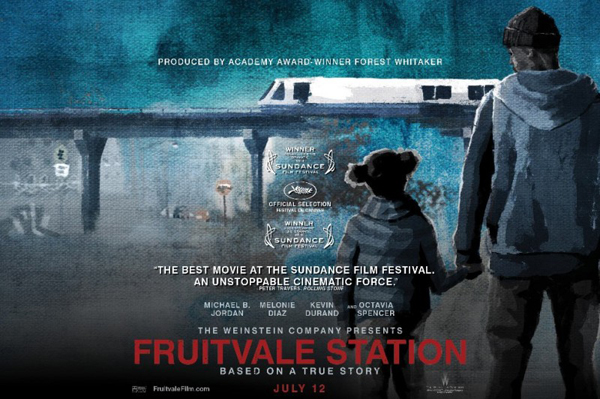 Before we even begin this, I must say that while I feel that this is one of the most important and powerful films I have ever seen, this a tough movie to watch. It is not for the faint of heart.

So difficult in fact, that while I absolutely loved this poignant film, I will probably never watch it again.

I have never been reduced to tears, in this manner, by a film. It is a visceral reaction that many in that movie theater that night succumbed to. I felt as I held my breadth the entire movie in anticipation of what we all knew was to come. What has now become, unfortunately, all too commonplace in the United States – the murder of yet another innocent, unarmed person of color and the subsequent acquittal of the obviously guilty party. We are used to that. Before there was Oscar Grant there was Anthony Baez, Amadou Diallo, Sean Bell, John Collado and countless others. Just recently, Trayvon Martin joined that unfortunate pantheon of murdered, justice-denied innocents.

What we are not used to is such multi-faceted portrayals of the young men killed. Fruitvale Station renders Oscar Grant as a human being, a real person with real world problems – a girlfriend, a daughter, a mother and a loving family as well as his fair share of shortcomings. You like Oscar Grant. No, you know Oscar Grant. For me, Oscar reminded me of myself in his interactions with his daughter – in the way that he adored, cherished and roughhoused with his daughter. Oscar Grant was not perfect but he did not deserve to die like a dog that fateful night. To make matters worse, the offending officer served less than a year of jail time.

Especially in light of the recent Zimmerman acquittal, Fruitvale Station is a tough pill to swallow but one that is necessary medicine for a nation that continues to suffer from the ill effects of institutionalized Racism. We are not, irrespective of the election of Barack Obama in 2008, Post-Racial.

First time Filmmaker, Ryan Coogler, channels his anger, hurt and frustration at the murder of Oscar Grant into making a movie that is as graceful as it is brutal. Actor Michael B. Jordan does a masterful job of bringing Oscar Grant to life as does Octavia Spencer as Oscar’s doting but no nonsense mom.

This is a MUST-SEE film. But you will not leave that theater uneffected. You have been warned!

Racially Offensive Review of In The Heights Sparks Backlash