The ‘Justo’ Way: A revolutionary is honored | Manhattan Times 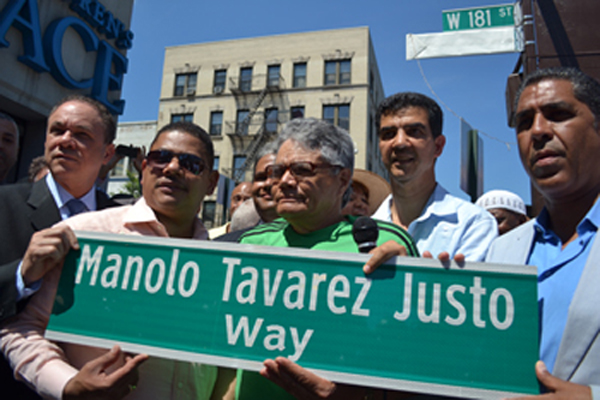 West 181st and St. Nicholas Avenue was co-named the "Manolo Tavarez Justo Way," after the Dominican revolutionary who fought against the Trujillo regime.

The busy intersection of 181st Street and St. Nicholas Avenue was more crowded than usual this past Sat., Jun. 16th.

Jiménez spoke in anticipation of the street co-naming ceremony that would see the corner at the crossroads of Washington Heights’ bustling Dominican and Dominican-American community renamed the “Manolo Tavarez Justo Way.”

Justo was a renowned Dominican freedom fighter during Trujillo’s regime, a figure who fought against the tyranny of the infamous dictator. He was killed by military forces on December 21st, 1963 for his role in the pro-democracy movement.

He was married to Minerva Mirabal, who also fought against dictatorship, and was the first to be named “Mariposa” for her work in the underground movement against Trujillo, for which she was also killed. 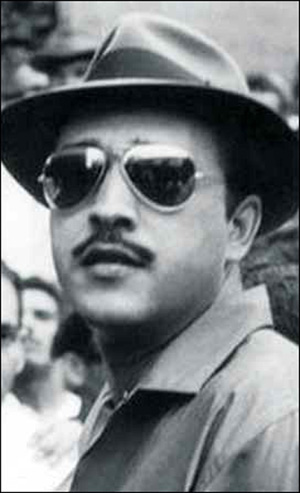 An Auspicious Night for the 2011 Uptown Art Stroll