Even though I am a voracious reader, I don’t usually read fiction but when I found out that our beloved Inwood was one of the settings where Jon Michaud’s first novel When Tito Loved Clara takes place, my interest was piqued. Right from the first paragraph I was hooked. By the time I finished the first chapter I knew that I would not really rest until this fascinating and titillating novel was consumed whole. Warning: This book is crack-like addictive. Jon Michaud is a masterful storyteller who reels you in by dropping a bomb on you out of nowhere and then slowly and painstakingly filling in the details. I found myself not being able to put this book down, when I was wasn’t reading it, I was extolling its virtues to anyone that would listen.

Here is the breakdown: Clara Lugo is a Dominican woman who grew up in the hood but does not want to be held back by it. She is firm in her determination to escape her past and by the time we catch up with her; she has moved to New Jersey and is married to an American man, Thomas, who she has a son with and is struggling to conceive another child. By the way, Thomas has a few skeletons in his closet as well.

Just across the Hudson River in Inwood, Clara’s family, her upbringing and her secrets are coalescing into a force of their own. Then there is Tito Moreno. Tito was Clara’s secret high school sweetheart. After their not so innocent tryst, Clara simply disappeared from view, leaving Tito, as his mother, Doña Sylvia, would say, “an incomplete man”. Tito is obsessed with what could have been. In fact, he lives two lives; one that is his mundane reality and the other a rich and dangerously delusional imaginary life that helps him to cope with his circumstances. When a series of seemingly unrelated events lead him to finding Clara once again, major drama ensues. That is all I need to say. This book is absolutely spellbinding; you will not be able to resist its temptation. You have been duly warned. 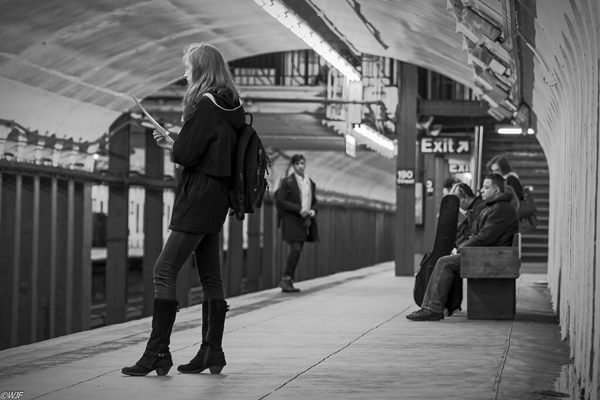