You are invited to join me on a journey through time and far away distances. This journey begins all the way in the East (China) and ends right here in the West (Washington Heights). This story actually began for me, personally, about three years ago when I went to my weekly salon appointment. Ironically, it was a 60 something-year-old Dominican salon owner who spoke zero English who made me aware of a great healer practicing right here in the neighborhood. Prancing and jumping about, she began to detail for me the years of debilitating knee pain and the almost instant results she acquired after receiving just a couple of treatments.

I’ve since been a patient of Dr. Yanzhu Liu, Founder of Columbia Acu-Herb, and can attest to his skill to quickly and effectively improve my chronic back pain, cramps, weight issues and more without the side effects of pharmaceutical drugs. During your first appointment you should expect to have a thorough meeting with Dr. Liu. He will ask you about any and every symptom or health issue you may have experienced in your entire lifetime. Unlike Western medicine, Eastern medicine focuses on the whole person, not just the symptom. Don’t get me wrong there’s a place for all forms of medicine to achieve harmony and balance but this is something we are just not accustomed to.

After being his patient for some time, I decided to interrogate him the same way he did me about his voyage to the United States. Like many Physicians, his voyage started with a personal story. Dr. Liu’s interest in medicine dated back to his childhood in China, where he lived with his blind grandmother who struggled with many ailments. As he watched Doctors come in and out of his house, his curiosity intensified. Immediately after high school, he went to Shandong University and after only 5 years, he simultaneously worked in the city hospital as well as in a private practice he established in his hometown. Dr. Liu then took the national exam and was chosen out of only 12 students into the prestigious Beijing University, the top-ranking institution in traditional Chinese medicine. Of those students, Dr. Liu was selected out of an elite group of only 7 to complete his M.D./Ph.D. in only 2 years. His first postdoctoral training in biomedical science took place in Tshinghua University, one of China’s foremost universities, where he patented a natural remedy for atherosclerosis, a disease in which plaque builds up inside the arteries.

After that, he applied to 20 Universities in the United States for his second postdoctoral research. Of those Universities, he decided to go to Columbia University, College of Physicians and Surgeons, where he was appointed as an Associate Research Scientist. Upon completing his research, he took the National exam and holds diplomas in Acupuncture and Chinese Herbology in the United States and obtained his New York State license in 2001. After working part-time in many clinics, he started his practice in 2006 where he went from 8 patients per week to over 2500 patients in only 4 years. Dr. Liu maintains the largest Chinese Medicine practice in Upper Manhattan and offers services including Acupuncture, Herbs, TuiNa (Chinese massage), Facials, Reflexology and Zerona (non-invasive body slimming). Due to increased demand for services, Columbia Acu-Herb will now be expanding to include one of the largest spaces in Manhattan for Eastern medicine. His new 3300 square foot location in the Union Square area will offer herbal sauna treatments as well as most of the services available in the Uptown location.

So let me clarify a few misconceptions, contrary to popular belief, all needles do not hurt. Acupuncture needles are inserted quickly, are very thin and therefore are virtually painless. Every now and then you will feel a tingling sensation shoot up wherever the needle is inserted as long-standing blockages may finally be released. As a matter of fact, data supports the fact that acupuncture provides measurable relief for migraines, back, joint, neck, and stomach pain. I can go into more detail about my personal journey with Dr. Liu but I will spare my dignity and keep some of the issues Dr. Liu has provided a quick fix for.

And while you’re there don’t forget to reward yourself, as I do from time-to-time, with massages by Cindy or Tina, as they are absolutely divine. The diversity of his patient population is actually pretty humorous. As I sat in the waiting area, I saw a super from a nearby apartment building, a high-ranking medical Professor from the hospital and a Chinese woman who spoke no English. Dr. Liu treats people from all walks of life. Robert at the front desk is knowledgeable, friendly and organized. He can juggle anything from the unscheduled walk-ins to obscure insurance questions with ease.

The Elixir Eats – Washington Heights Gets Its Healthy On

The Elixir: My IINspirational Call to Action 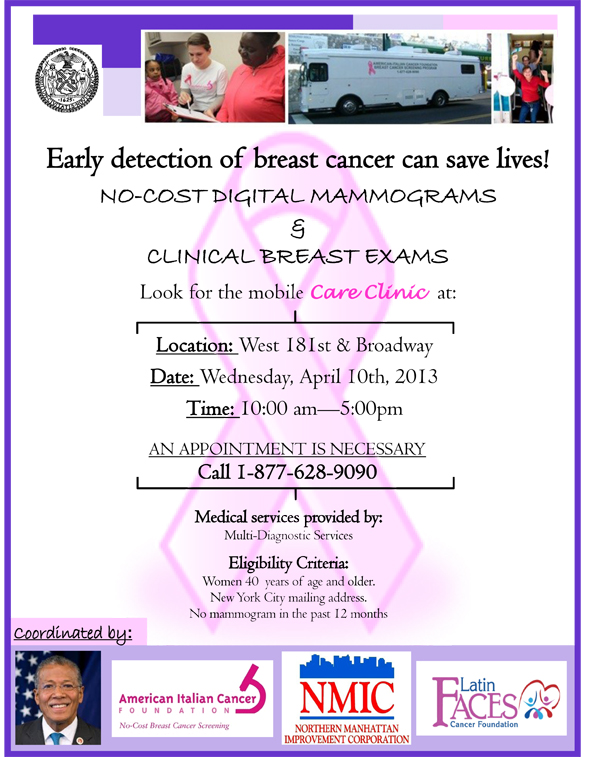 The Elixir Profiles: Gabby Douglas – When You’re Down To Nothing God’s Up To Something