ART IS NOT A CRIME…

When I was a kid growing up in Washington Heights, NYC in the mid to late 80’s, Graffiti was all the rage. The first thing Graffiti writers would say to one another when they met for the first time was “what you write”. Graffiti, the artistic element of Hip-Hop, was truly a citywide phenomenon. Joz, Easy and to a somewhat lesser degree Smith, Sane and Ja, were up everywhere across the 5 boroughs. I feel extremely fortunate to have lived, experienced and participated in at least the tail end of the Graffiti era in New York City. What came immediately after the Graffiti era was the Crack era, which had such a devastating effect on my hood and poor neighborhoods across the country and ultimately the world.

I got into Graffiti through my older cousin Eddie whose tag was Cel. Cel was a local Graffiti legend. It wasn’t just that he was up everywhere in the Heights but that he was up where no one else would even try to get up. Cel was sort of a daredevil; he would climb to heights unimaginable to tag up. Some of those tags were never erased because of where they were placed. Cel also attended the high school of Art and Design, which was like the Harvard of Graffiti.

My first tag in the 2nd grade was Leo Rock. In those days, I think I only really got up once in my elementary school bathroom. I didn’t get serious with Graffiti until the 7th grade when my tag became Led One. This is when I first started bombing with my cousin Cel and his little brother Dise who was my same age. Dise and I would compete endlessly on who was the better writer. In those days it seems all we did was practice our skills. All our notebooks, schoolbooks, book bags, and clothing were completely covered with our scrawling. No surface was safe from our reign of terror. Our fingers stayed with paint on them from either spray cans or markers.

Before you went bombing you had to go racking up. Racking up was when you went to a store to boost the spray cans or markers needed for bombing. Krylon was always the spray can of choice but Red Devil was also very popular. In terms of markers, Pilot was the premiere brand. What was euphemistically known as click-clack markers, they got that name from the sound they made when shaken, were very much in use as well. We even took matters in to our hands by making homemade markers called Mops. Mops were made from the erasers stolen from the classroom and a crazy chemical concoction that we used as ink.

I still remember the fear and pure exhilaration I felt when I went bombing. It was completely empowering and liberating. Adrenaline coursing through my veins, heart beating so hard I thought others could hear it. Graffiti was our way of saying that we existed, that we mattered, that even though we were marginalized we were destined to leave an indelible mark on the world around us. 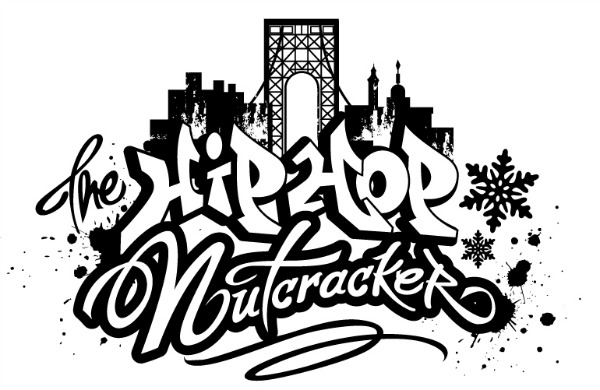 The Hip-Hop Nutcracker – A Preview