On the heels of a major Producers Guild Award for the documentary Beats, Rhymes & Life: The Travels of A Tribe Called Quest – Harlem Stage, in conjunction with Revive Music, will celebrate the impact, importance and influence of the pioneering crew with A Tribe Called Quest: Innovation and Legacies – A Movement in Four Parts March 1-3 at Harlem Stage. This four part series features live performances, dance events and a free humanities event headlined by a panel of hip-hop scholars, journalists and artists.

“A Tribe Called Quest is one of the most important groups in the history of hip-hop, with a legacy that continues to impact generations of artists, musicians and audiences.” says Simone Eccleston, Harlem Stage’s Assistant Director of Programming, who curated the tribute. “With their signature sound, they created timeless gems, and this series seeks to celebrate their cultural significance, their musicianship and their roles as composers and producers. It is our goal to provide audiences with a multidimensional experience that highlights ATCQ’s music, the historical context, and their influence on artists that have come after them.”

In the span of three years, starting in 1990, A Tribe Called Quest – made up of rappers Q-Tip, Phife Dawg and Jarobi White, and DJ/producer Ali Shaheed Muhammad – released three albums – People’s Instinctive Travels and the Paths of Rhythm, The Low End Theory and Midnight Marauders – widely acknowledged by hip-hop fans to be some of the best recordings ever. The crew became part of a larger community of artists making redemptive, transcendent music: groups like the Black Sheep, De La Soul, Jungle Brothers, and Leaders of the New School; solo performers Monie Love and Queen Latifah; and others who formed the collective Native Tongues. They made songs together and often referred to each other in recordings.

Free programs require RSVP at boxoffice@harlemstage.org. Details of each event are below.

Movement 1 – Footprints: The Innovation and Impact of A Tribe Called Quest

Alvin Aqua Blanco, Deputy Editor of HipHopWired.com, Freelance Writer & Editor and Author of The Wu-Tang Clan and RZA: A Trip through the 36 Chambers of Hip Hop.

7:30p at Aaron Davis Hall, 138 Convent Avenue (opposite the Gatehouse);

Movement 3 – SPIT (SPEAKIN’ IN TONGUES): Music of, and Inspired by, Native Tongues

Movement 4 – Beats, Rhymes and Beyond: The J. Dilla Ensemble

A Tribe Called Quest revolutionized hip-hop production and paved the way for a new generation of producers, one of whom was James Dewitt Yancey, better known as J. Dilla. Dilla’s innovative studio technique put him among most influential producers of all time, with credits that include tracks on ATCQ’s Beats, Rhymes and Life and The Love Movement, compositions for Q-Tip, Erykah Badu, Common, the Pharcyde, De La Soul, as well as his own group Slum Village and countless others. Dilla created groundbreaking music that drew inspiration from jazz, rock, soul and everything between, before passing away in 2006. Berklee College of Music’s acclaimed J. Dilla Ensemble pays tribute to his musical legacy. Part of Harlem Stage’s Uptown Nights series; presented in collaboration with Revive Music Group.

For nearly 30 years Harlem Stage has been one of the nation’s leading arts organizations, having achieved particular distinction through commissioning and presenting innovative works by artists of color and facilitating a productive engagement with the communities it serves through the performing arts. Harlem Stage has a long-standing tradition of supporting artists and organizations around the corner and across the globe, including legendary artists such as Harry Belafonte, Max Roach, Sekou Sundiata, Abbey Lincoln, Sonia Sanchez, Eddie Palmieri, and Tito Puente and contemporary artists such as Bill T. Jones, Vijay Iyer, Mike Ladd, Tania Léon, Carl Hancock Rux and Jason Moran.  Its education programs each year provide 10,000 New York City children with access to a world of diverse cultures through the performing arts. In 2006, Harlem Stage opened its new home ­ the landmarked, award-winning Gatehouse – once the source of fresh water flowing to New York City, now a vital source of creativity, ideas and culture. For more information, please visit www.harlemstage.org.

ABOUT REVIVE MUSIC:
Revive Music (also known as Revive da Live) launched in 2006 as a boutique live music agency that specializes in producing genre-bending live music shows with the goal of educating and inspiring audiences about artistic and authentic forms of music. To further provide an advocacy platform for musicians and their music, in 2010 Revive launched its online hub The Revivalist, which is part of Okayplayer.com.

Uptown Lends Its Voice To The Occupy Wall Street Movement 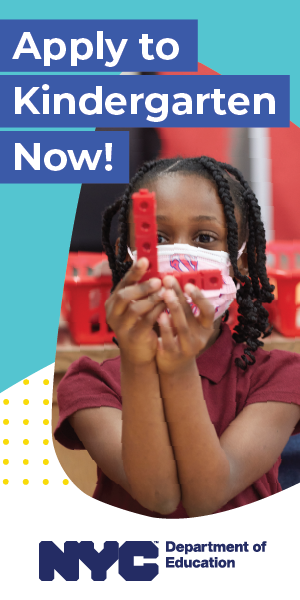