On May 9th, I took a trip to Albany as a member of a delegation with Empire State Pride Agenda from District 31, the district represented by Senator Adriano Espaillat, in the New York state legislature. It was a very informative day and quite important to those of us struggling for equal rights for all with regard to marriage rights for same-sex couples. The Senator has been supportive of equality going back to his days in the state assembly, so there wasn’t much convincing or lobbying involved for me that day, but I was glad to be there in support of everyone whose task was far more difficult in convincing their representatives to support equal rights for all in the coming Senate vote on marriage equality.

As much as I appreciated the opportunity to briefly meet Senator Espaillat, there was something I felt compelled to explain to him in further detail, so I wrote this letter:

First off, on behalf of those of us in the LGBT community and those fighting for equal rights for all here in New York, I’d like to thank you for your public support of our cause. I was actually among the group of folks from your district here in Manhattan that briefly met with you during Empire State Pride Agenda’s ‘Equality & Justice Day’ on May 9th, (I was the tall man who stood next to you while we took a photo, should you happen to remember) so I’m familiar with your stance on this issue.

There were several moving stories shared (by the group of us from your district); including a few Straight parents of LGBT children and a Gay couple who have been together for 11 years seeking equal recognition of their commitment to one another. When it came my turn to share, I explained my motivation in the struggle for equality and ending anti-LGBT discrimination: “Because I found a dead boy’s body floating in the Harlem River.”

I’m not sure how much you know about Tyler Clementi, the Rutgers University student who leapt to his death from the George Washington Bridge, but I was among the few people to first see his lifeless body floating in the water near Inwood Hill Park. I know that to some people bullying & marriage equality might seem to be separate issues, but in my eyes, discrimination & homophobia are the central core of both. This is what I explained that day in Albany as the reason for my activism & advocacy. I do it for all of those people (but most especially one boy) who are no longer here to fight for themselves.

Which brings me to my point in writing to you, Senator.

Since last September, I’ve received such kind support and words of encouragement from the people here in Inwood & Washington Heights; people who were strangers to me, of nearly every ethnicity, gender and sexual identity that can be found here. I, honestly, had no idea what a strong community I lived in until I began to share my experience. The emotional response to my story, and Tyler Clementi’s by extension, from this community – the community that you represent – has been touching and inspiring. Throughout all of the supportive words, shared tears, and sympathetic hugs, there has been one common sentiment that I feel I must share with you: “A dead boy’s body doesn’t wash up on the shores of our community and we just act like nothing happened.”

I need you, as a representative of this community in which I live, to be aware of Tyler’s story and his connection to your constituents. There is a solemnity of great significance to Tyler Clementi’s body being found here in Inwood. That has been confirmed to me time and time again whenever I speak of him to anyone here in this community. We’re all paying attention and ready to do what it takes to make sure no other young person feels how Tyler felt, that there’s no hope that things will get better.

Helping to make things better is where you come in; Senator Espaillat, and I sincerely hope you’re paying attention with all of us here in Upper Manhattan. As our representative, you are an important part of the change here in New York and I hope that sharing this with you helps renew your own dedication and might be of use in trying to change the minds of your fellow Senators when it comes time to vote on marriage equality.

Thank You Very Much,

To which his office replied:

Thanks for your thoughtful letter. Tyler Clementi’s death and the events that led up to it were a shock, much more, of course for those who knew him, but for those of us who look at the GWB every day, or in your case who found his body, it is hard not to take a little personally this obscene affront to justice and kindness which landed on our doorsteps.

It is not a reach at all to link the issues of marriage equality and cyberbullying, inasmuch as they both relate strongly to the underlying idea of civil rights/equality for all, irrespective of sexual orientation.

Please know that Sen. Espaillat is very aware of Tyler Clementi’s life and death, and was prior to your e-mail, as are all of us who live/work in the district.

I was glad to hear of the Senator’s awareness and understanding of the discrimination and hate those of us in the LGBT community face every day and what the consequences of that can be. Senator Espaillat will soon have a chance to bring New York much closer to a world where all loving families are treated respectfully and equally under the law. I know that as an Upper Manhattan resident, I’m thankful for a Senator representing me who has the strength of character to lead on this issue. As I mentioned in my letter, I know many of us in Washington Heights and Inwood – and across the state of New York – are paying attention.  I’m glad Senator Espaillat is as well.

Click here for my prior Op-Led on the issue. 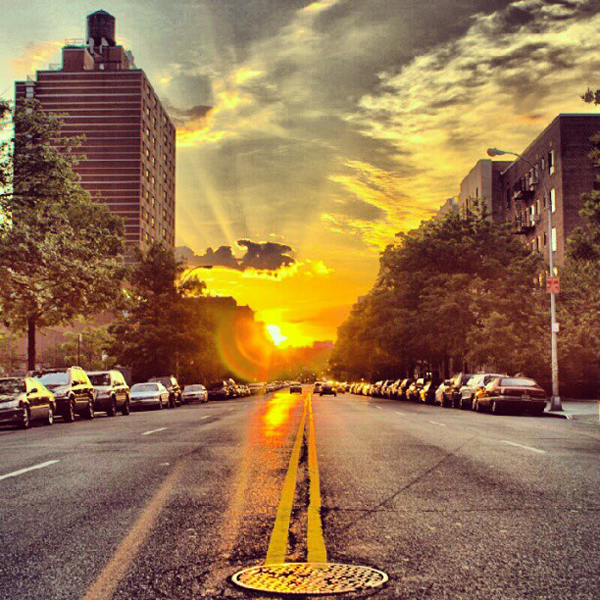 Excerpt: Steal Me For Your Stories