Over the weekend there was a back and forth discussion on Twitter over what the Washington Heights #hashtag should be.

Should it be #Wahi or #WashHts?

Some said they liked #Wahi as a name, while others wanted to stick with a tag you can sound out and immediately know the location. Others said one may fit better in tweets than the other.

Close to two years ago, I started a club called the “Wahi & Inwood Brunch and Supper Club.”

I initially went with “Wahi” because that was the real estate buzzword and the most commonly used Twitter hashtag at the time. I hated it inside, but went along with it for my own reasons. Well, I’ll be honest; I thought that Wahi would attract more people than WashHts because it identified with a certain segment of the population – the new population.

A few months later, I changed the name of the club to the “Washington Heights and Inwood Brunch and Supper Club.” I changed it because I felt it didn’t represent me. It represented the real estate agents, the new residents who were cool with that name and all the magazines that love to brand up-and-coming neighborhoods with new, hip names.

When @carlazanoni, @UptwnCre8tivLab, @AbbieLicious07, @zuzupetals  and others were going back and forth about the issue, I wanted to jump in the conversation but decided to stay out.

To me, these are trivial issues. The real mark of change in our community will be when we discuss real issues on Twitter.

We’ve seen examples of that with the Columbia University expansion, but their needs to be more. And I’m not talking about dog gravel or guys playing chess in a park. While I applaud the roundup of community activism surrounding those events and believe they deserve their own special attention, I wish we did more of the same (including myself) for the real issues in our community.

But the keyword in all of this is separate. All we do by having these discussions is never come to a consensus, but just build division, and we don’t even notice we’re doing so.

I understand where @peraltaproject is coming from when he believes the hashtag should be #WashHts. He’s not mad; but it’s a fear that with the rising rents resulting in increased gentrification – everything that has long represented Washington Heights and Inwood will no longer be unrecognizable on the street – but on the internet as well.

But we also have to understand that someone using a #Wahi hashtag isn’t harmful. It isn’t a measure of how much that person cares/doesn’t care about this community. It doesn’t mean you don’t care about the roots of this neighborhood or Dominicans. Sometimes it feels like one group belongs to #Wahi (White, new residents) and one group belongs to #WashHts (Dominican, old residents).

There shouldn’t be one universal rule. There isn’t a Twitter governing body. You may do as you feel.

So next time you see me tweeting I’ll use both #Wahi and #WashHts because our community is calling for two and no one ever said there just has to be one. 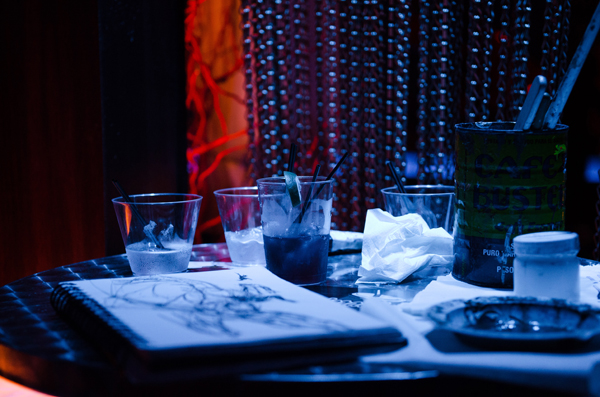