A renovation of the Indian Road Playground in Inwood is nearly complete after a year, though with some changes that came about because of objections from Native Americans concerned that parts of the original design were offensive.

The playground was designed with a Native American theme as a reference to Manhattan’s first residents, the Lenape people, and for its location on Indian Road. The design originally included a mock “artifact dig” in a circular sandbox, containing objects modeled after Native American artifacts that children would “excavate.” But the Parks Department pulled the objects out of the sandbox on Monday, following a meeting with representatives of the Native community on Nov. 1 that lasted nearly three hours.

“They clearly heard what we were saying and made that big change in their design,” said Harlan Pruden, of the First Nations Cree tribe from Canada, who attended the meeting. “It shows that the Parks Department is willing to work with the community.”

The artifact dig was one element in the playground’s complete redesign meant to communicate the playground’s new Native American theme, Parks Department spokesman Philip Abramson said in an e-mail before the decision to remove it. The playground’s other thematic elements include a tic-tac-toe game that uses Native iconography and a hollowed-out canoe.

The objects in the artifact dig had included “a clay pot, various arrow heads, and stone tools,” Abramson wrote, and the intended purpose of the artifact dig was “play value and developing interest in the act of performing a dig and education in some of the types of objects that were found in the area.”

But Pruden said that digging up Native artifacts is considered “desecration” in light of “archaeological travesties to our community” including unearthing of burial sites, acts made illegal by the Native American Graves Protection and Repatriation Act.

“I have no problem with the hollowed-out canoe or the tic-tac-toe element,” which features images of a wolf, turtle and turkey and seems “kind of cool,” said Pruden, who is the co-founder of the NorthEast Two-Spirit Society. “I had a huge problem with the archaeological digging thing.”

Pruden explained that, “Yes, it is just a sandbox; yes it is just archaeological, but it kicks up all of those past issues from up to 150 years ago.”

An outcry from the Native community led to the meeting with the Parks Department, and the decision to eliminate the dig.

“Some local members of the Native American community expressed concerns about the artifact dig, so it was removed from the sandbox,” Northern Manhattan Parks Administrator Jennifer Hoppa wrote in a statement.

“We spoke from the heart and they listened,” said Nadema Agard, who attended the Nov. 1 meeting and is Cherokee, Lakota and Powhatan. “We look forward to working with Parks and resolving these issues,” said the longtime Inwood resident. Agard said the meeting was “frustrating” and “very emotional” at times but that “something good came out of it.”

A Northattan.com reporter was denied access to the meeting by a Parks Department official.

Indian Road Playground is scheduled to reopen soon, but no date has been announced.  In her statement, Hoppa said: “The contractor is completing final work such as pouring curbs for the perimeter fencing and installing ADA components” to make sure the playground adheres to the Americans with Disabilities Act.

Many Inwood families say they just hope the playground will open soon. Wendy Herlich, an Inwood resident and mother said, “Every day we’re in the park I say, ‘let’s just walk by in case it’s open.’” She hopes it will still be warm enough for her 19-month-old daughter, Vera, to play at Indian Road Playground when the gates open.

The Parks Department plans a “soft launch” of the playground soon with a grand opening to coincide with Drums Along the Hudson, an annual festival in Inwood Hill Park, in May 2011. “We continue to have a strong relationship with the producers of Drums Along the Hudson, and have established a relationship with local members of the Native American community to identify ways to enhance programming and communication,” Hoppa said in her statement.

While Native people primarily objected to the artifact dig, they also regretted not being consulted by the Parks Department to plan the playground’s design. Yvonne Wakim Dennis, a Cherokee award-winning author and educator at Nitchen Children’s Museum of Native America, who also attended the meeting, said, “We said it over and over again that we didn’t want anything to do with archaeology or Indians being dead or digging up burial sites.”

Dennis called for a specific policy that would require Parks to “consult the neighboring community and the people that are culturally connected to whatever Parks is building.”

Dennis said she feels “inroads were made at the meeting” but called for “much more training for the rangers and more collaboration with American Indians.” Agard agreed and made recommendations of Native educators and scholars with whom Parks could work, herself included. And Hoppa’s statement seems to indicate that will happen: Parks plans to organize lectures and workshops in partnership with Native American educators and Park Rangers will use the new playground in their Lenape programming, according to Hoppa.

The Parks Department recently held site safety visits with the contractor and is putting the finishing touches on tree pruning. With tractors and construction tools long gone and the play equipment installed, all Indian Road Playground needs, once the padlock is removed from the gate, is the hands and feet of Inwood kids.

Wendy Herlich said of neighborhood parents, “We’re all salivating for it. We can’t wait for it to open.”

The renovation, which cost over $1 million, was made possible by capital funding allocations from Borough President Scott Stringer and Councilmember Robert Jackson.

Inwood’s kids will still have a new sandbox and may possibly have the opportunity to play archaeologist. The Parks Department is “developing a cost estimate to determine whether to do a sand dig that would feature shells and marine habitat,” Hoppa wrote.

Check out the first story on the Indian Road Playground: http://bit.ly/TheUC-IRP

The Elixir SOUL Food Series: Get BERRY Healthy This Summer 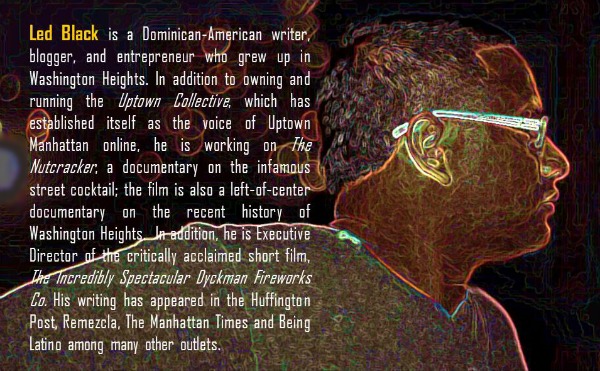 Save The Date: 4/20/15 – The Up Theater Company Honors Our Very Own Led Black