When I frequent the bars and lounges in our neighborhood, I always tend to find groups of women together. Sometimes it’s a small group (3 or 4) and at times you’ll find six or eight of them sipping Cosmos and Mojitos.

It’s always either an after-work cool down or the nights first stop on there way to the club.

When I’ve sat down and had casual conversations with these younger and somewhat older Latina women (21-35), I always tend to find that there’s always one person out of the group that’s taken and the rest are single. Let me add ‘happily single.’

Well, at least that’s what they say, but the words that proceed that don’t necessarily reflect that. The same complaints many Black women have about finding men, for the most part, Latinas have.

Whenever I speak to these women at local establishments, here’s what they usually say:

#2 I can’t find one without his own share of problems whether it’s unemployment or already having kids.

While I’ll admit, there’s a lack of minority men out there for educated Black/Latina women, in our neighbohoods (Heights/Inwood) it’s about two key factors: meeting and communication.

When I go to Harlem and the Fort Greene section of Brooklyn, where a good portion of the people are young professionals and African-American, you will find a variety of shindigs where people can meet. Anything from house parties, networking events at local establishments, and date nights where singles in the neighborhood come together to meet a potential mate.

When does that ever happen here?

The issue in our part of town is that we tend to meet women in loud places – clubs and bars. There is no chance of having an actual conversation where you’re able to sit down and hear the person you’re talking to without repeating ‘What?’ All people really do out here is make eye contact and take it from there.

But according to many of the women I speak with, when they go for their version of a Dominican Christiano Ronaldo or Denzel Washington, most times the arm candy is great, but who they are on the inside isn’t.

Now that doesn’t go for all men whether attractive or unattractive to a woman. The issue is sometimes before giving out that number, you have to at least have an idea of who you’re giving it out too. I’ve heard the same from men in this neighborhood.

‘Man most of these girls are beautiful, but I’m scared they’ll ruin my life.’

But when I sit down and think about it, there are more educated Latino men out here than you think. I know a bunch of people in my inner circle that fit the bill. But it’s also about being open to conversation.

Many men I know talk about how some Latinas in our neighborhood seem so unapproachable. Maybe it’s their own fear of going up to a woman or the ladies really seems that way. We’ll never really know.

But what I know is important is building a network of friends. As a guy, having a decent amount of friends who are females; the same goes for women.

I think in the pursuit of a mate we sometimes turn down the notion of having a person as a friend. Most relationships arise from the friend stage. If one doesn’t, at least you’ll have someone who is a friend, can be there for you and you can recommend to one of your girlfriends if you see compatibility.

Trust, I’m not here posing as the Dominican Chuck Woolery. I won’t open a neighborhood dating service or become Hitch. But I think these steps can help increase the rapport amongst men and women in our neighborhoods.

Aside from that, in these hard economic times, events where you can meet people are important. As many people as there are laid off, there are people who are working. You never know what opportunity you can find in one single meeting.

In final, we at the Uptown Collective know there’s a growing need to not only foster friendships in the neighborhood, but create love, and that’s exactly what you can expect from us this summer.

The Justin Timberlake ‘Summer Love’ is fine, but how about making it last longer than that? 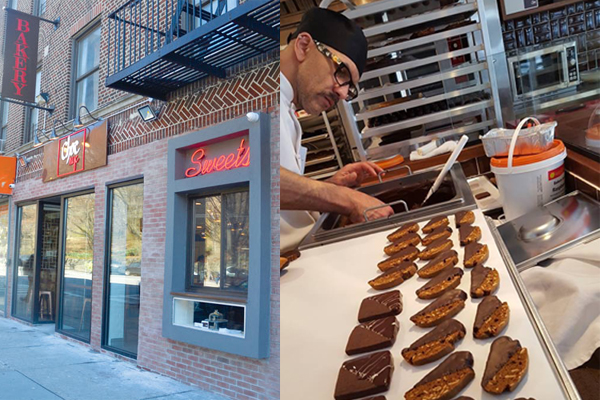 A convention of confection | Manhattan Times